Knight Models
Product SKU
KM-HPMAG34
The Wizarding World: a place of wonder and magic, where fantasy becomes reality. Here, amidst the towering spires of Hogwarts Castle, in the vaults of the Goblin-run Gringott's... Read More
£27.50
In stock
Notify me when the price drops
Skip to the end of the images gallery
Skip to the beginning of the images gallery 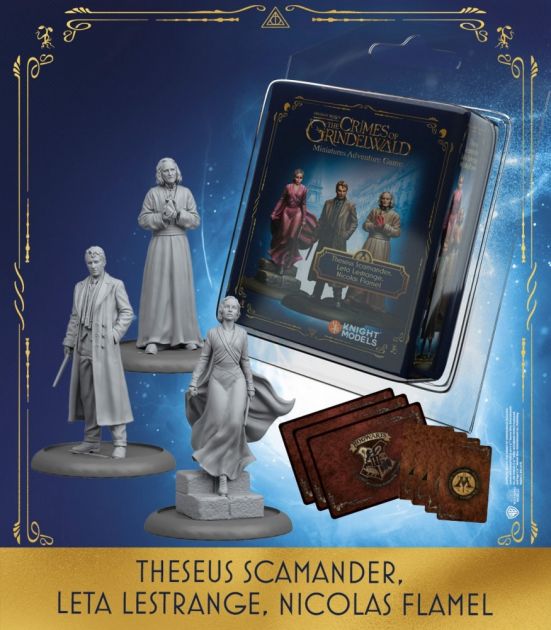 As Grindelwald rises to power, the unlikeliest heroes must rise to stop him! This new pack contains three finely detailed resin miniatures and a selection of new cards. The brother of Newt Scamander, Theseus is an Auror and a stickler for the rules; Leta Lestrange is a powerful Witch determined to step from the shadow of her notorious family; while the immortal alchemist Nicolas Flamel possesses great power - if only he can be persuaded to use it.