The Hidden Ones Faction Starter Set 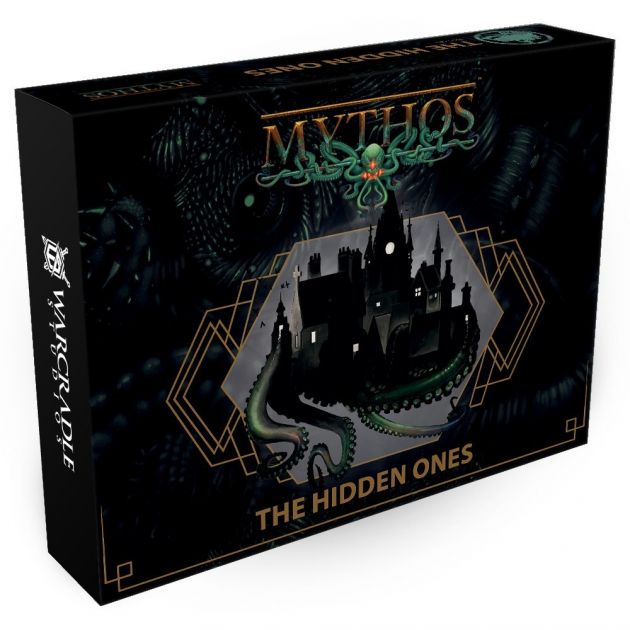 Servants of the Sunken Pantheon, the Hidden Ones make their home in coastal towns and villages around the world. Through corruption and interbreeding, the Hidden Ones irrevocably link their community to the sea and to Dread Father Dagon, Deep Mother Hydra, and the other ancient deities that they worship. The rise of sterile cities has forced the Hidden Ones further into the shadows and has pushed them towards the isolated communities where it is easier to go unnoticed. The families can prey on their neighbours, considering them little more than talkative sheep ready for slaughter. Food is not an issue for these ancient bloodlines that hide amongst the rest of us, and their numbers are growing with each cycle.

Typical of such tainted communities are the fair (but fishy) folk of Dunsmouth, Rhode Island. The authority on almost anything in town is a putrid hag known as The Dunsmouth Witch. Steeped in ancient wisdom, none know of her true origin, but the Witch has certainly lived in Dunsmouth for over a century. Popular gossip has that a century earlier, a much younger and fairer looking woman, mourning her stillborn son, walked into the sea in the hope of swift oblivion. She returned carrying a crying baby boy, a gift from the Sunken Pantheon. That son grew up tall and strong, the blessings of the deep apparent beneath his rain-soaked sou'wester. Any threat to the Hidden Ones is sure to find The Dunsmouth Witch or her son, The Fisherman, close at hand. The Fisherman is a gruff and violent man. Never seen in town except when the tide is high and death is at hand. All too often the spectre of The Fisherman is the last thing a victim sees before a gore-encrusted boat hook sweeps down to usher in oblivion.

Those who are steadfast in their devotion to the Sunken Pantheon are often blessed with offspring touched by the abyss below. These hybrids pass for humans except when confronted with fire or certain words of power. There are some children of the Hidden Ones who are not of such mixed heritage. The Angler is one such creature, born to a human mother but with no trace of mankind in its flesh. The Angler is both a child of Dunsmouth and progenitor from the deep. A true Deep One.

Loyal to the Mother and Father, Molly Malone, is desperate to find such favour. The Malone family have served the Sunken Pantheon for generations. Youngest of twelve siblings, Molly feared that there would not be a way in which she herself could bring further honour to her lineage. She thanked the stars for that night that the Witch sought her out and gave her this important duty. The titanic crab, Click-Clack, must be lured out from the harbour when needed. The pails of human offal that Molly must acquire for such a purpose is her privilege to collect from the sleeping homeless and itinerant visitors to their fair town. An immense crustacean from the dark caverns of the deep, Click-Clack is often found clinging to the underside of the town's trawlers. There the creature lurks, journeying out to the fishing grounds and feasting on its tithe of the catch before returning to the town each night to answer the call of the Dread and the Deep.