Olmec Games
SKU
TDE-X7005
Set on the continent of Ulaya, The Drowned Earth is a tropical world, thick with jungle, swamp and tropical archipelago.Once, The Drowned Earth was the home of a great, futuristic... Read More
£11.95
Out of stock
Notify me when the price drops
Notify me when this product is in stock
Skip to the end of the images gallery
Skip to the beginning of the images gallery 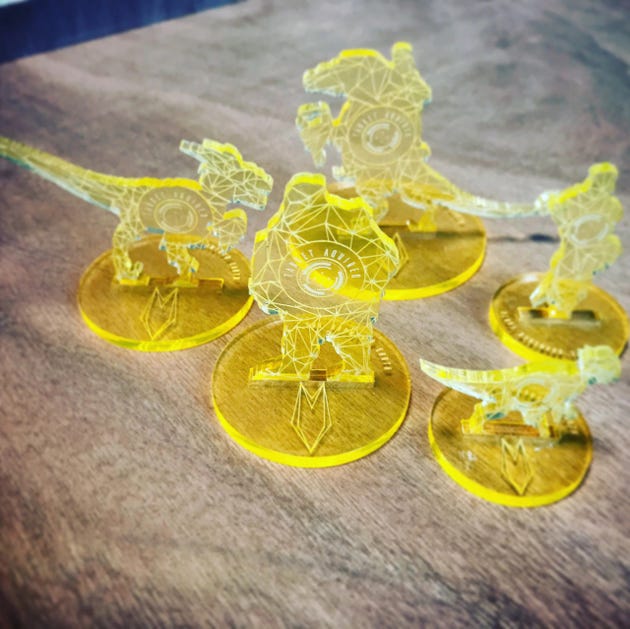 These fluorescent yellow silhouette markers are used both to establish Line of Sight, but also as movement widgets, to indicate a destination point before reactions are declared. They also look pretty darn cool!