Warlord Games
SKU
WGVS-742412024
The British air raid on the Italian port of Taranto demonstrated to the world the vulnerability of ships against attacks from the air. The planes of the Fleet Air Arm of the Royal... Read More
£20.00
Out of stock
Notify me when the price drops
Notify me when this product is in stock
Skip to the end of the images gallery
Skip to the beginning of the images gallery 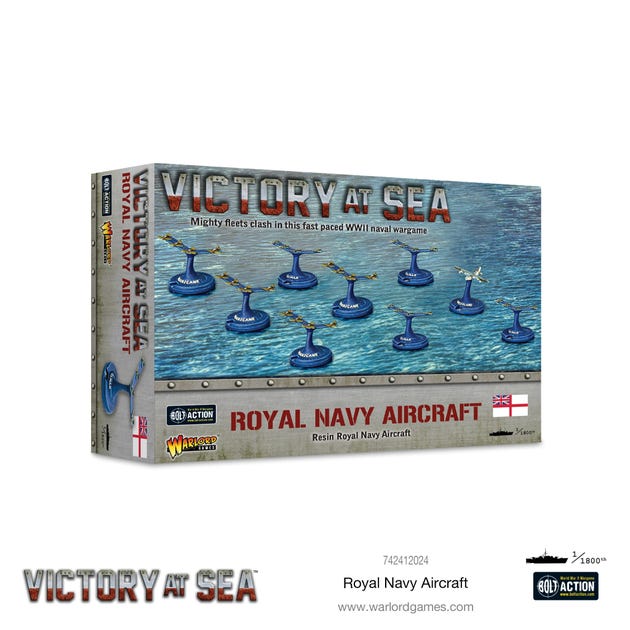 The British air raid on the Italian port of Taranto demonstrated to the world the vulnerability of ships against attacks from the air. The planes of the Fleet Air Arm of the Royal Navy proved a scourge to Axis forces throughout every theatre of the war.

Short Sunderland Flying Boat: The Sunderland was a flying boat, developed for general reconnaissance from the S.23 Empire or C-class flying boat, the flagship of Imperial Airways. When British shipping came under constant attack by German U-boats, Sunderlands patrolled the approaches or flew convoy protection missions. When a U-boat was sighted, Sunderlands tried to attack it before it submerged. Although sometimes described as depth charges, its bombs were set to explode at a shallow depth and were equally effective against surfaced submarines.

Hawker Hurricane: After having gained fame in the Battle of Britain where it was the mainstay of the RAF, the Hurricane went on to serve throughout the war. As the war progressed, it was slowly outmoded as a frontline fighter but adopted other roles such as ground attack and tank-busting. The Sea Hurricane was an important development but rapidly fell out of favour for carrier operations.

Fairey Fulmar: At first rejected by the RAF, the Fulmar fulfilled the Fleet Air Arm’s requirement for a fighter with the same firepower as a Spitfire or Hurricane. Though inferior to a dedicated single-seat fighter, the Fulmar was reliable and long-ranged, making it suited for carrier operations. However, it was to be replaced halfway through the war by the much more capable Seafire.