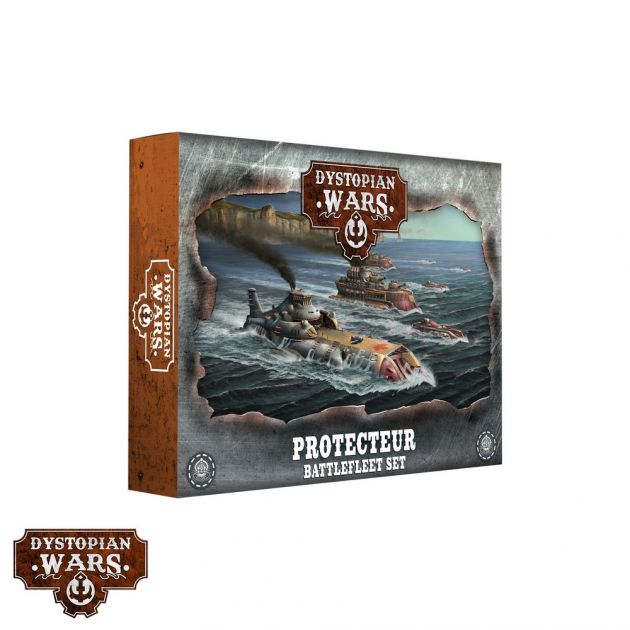 Huge submersible strike carriers, the Protecteur class was the brainchild of Canadian Frank Andrew Fleming and his assistants at the Davie Shipyard. The Protecteur uniquely combines the capacity of a large support carrier with the stealth and strike capabilities of an attack submersible.

The Newfoundland Class Cruisers the mainstay of the Canadian offering to The Crown's naval forces. These impressive warships are therefore the stalwart frontline in the Crown's defence against Union expansionist ambitions, as well as any other factions who dare to encroach upon the Crown's dominion.

Built on the Newfoundland hull design and outfitted to support fleet operations, the Toronto class Control Cruisers have a vital role in coordinating Canada's defences. The installation of a McGill radar array above the bridge provides an impressive fire control suite. While similar in design and Providing a powerful combination of heavy firepower and an ablative armoured prow, the Bonaventure class serves in the Dominion of Canada's fiercest fighting in the Arctic, Atlantic and Pacific oceans.

Arthur McCurdy's augmented shield generator technology was arguably the most groundbreaking use of the tried and tested Guardian Generator. This huge device is mounted on the Halifax Shield Cruiser, and projects even greater protection to critical elements of Canadian battlefleets.

Designed for supporting and reinforcing Canada's fleet actions, the Yukon class are especially good at establishing blockades and disrupting threats to shipping lanes.

Often the threats to Canada can be deterred or even destroyed long before they engage more visible elements of the Crown battlefleets. Orca Hunter Submarines are silent pack hunters.