Free League
Product SKU
FLFMUT003
11/03/2257, 0347. Incident report by Commissar Pandora Kilgore, Patrol Leader Alpha-07, Elysium I. Operation in the Deeps, sector Cinderfalls. Suspected sabotage in mining facility... Read More
£39.99
In stock
Notify me when the price drops
Skip to the end of the images gallery
Skip to the beginning of the images gallery 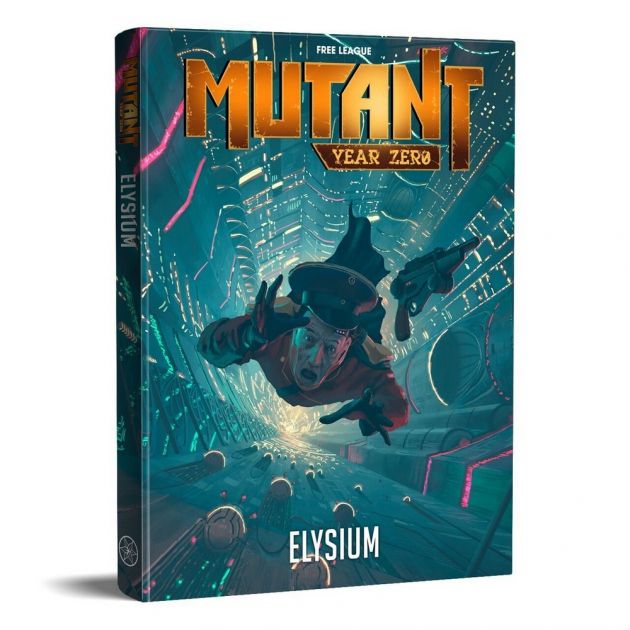 When humanity falls, four powerful industrial and financial dynasties form a covenant called Elysium, after the meadows of eternal Spring of Greek mythology. Deep in the bedrock, they build the enclave named Elysium I, designed to weather the long atomic winter.

Now, generations later, Elysium I is a gilded prison, a lonely outpost in a sea of quiet destruction. Fear and suspicion grow unchecked, and the four Houses fight on each other over the dwindling resources that remain. A force of Judicators has been established to preserve law and order in the enclave.

You are one of these judicators. It is your duty to investigate all crimes, but never forget that your strongest loyalty is always towards your family. When humanity sets foot on the surface again, it shall be your House that leads the way into the new dawn.

Mutant: Elysium is the third major expansion to the award-winning Mutant: Year Zero roleplaying game. This game tells the origin story of the enclave humans, seeing themselves as the last torchbearers of human civilization. The four Houses of Warburg, Fortescue, Morningstar and Kilgore struggle for power in the Elysium I enclave, oblivious to a rising power that threatens to end their reign forever. Mutant: Elysium can also be played as a stand-alone game. Contents:

New rules for creating and playing enclave humans, including their web of contacts with rich and powerful allies. The book includes all the rules you need to play.
A detailed description of Elysium I, the mother of all Elysium enclaves, including a beautiful full-colour map.
The complete campaign Guardians of the Fall, including unique game mechanics that give the players themselves control over the four Houses of the enclave.
An overview of how the enclave humans can adapt to life in the Zone, and join the mutants, animals and robots of Mutant: Year Zero, Mutant: Genlab Alpha and Mutant: Mechatron.