Method to the Madness

Wyrd Miniatures
Product SKU
WYR23929
Slumbering Tyrants are awakening and grasping at power as the residents of Malifaux - Human, Neverborn, and Gremlin alike - stand in stubborn defiance against them. With streamlined... Read More
£34.25
In stock
Notify me when the price drops
Skip to the end of the images gallery
Skip to the beginning of the images gallery 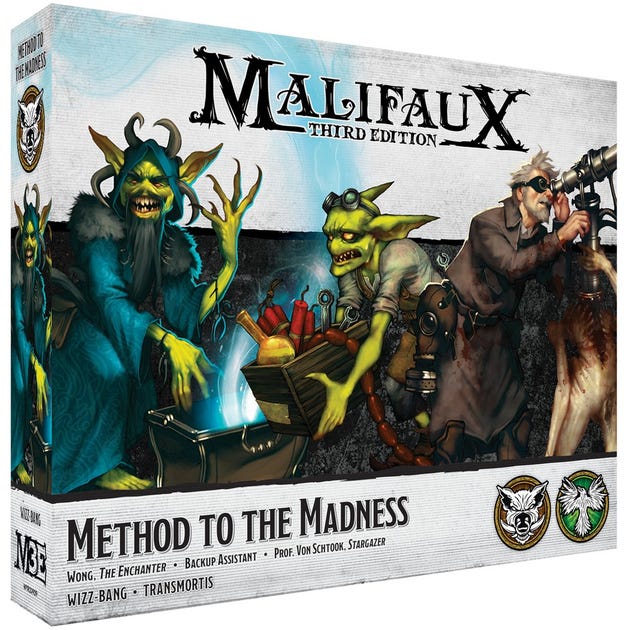 Method to the Madness Information

It might start with an itch, a whisper; a need to be scratched, screamed or delivered. The Resurrectionists, like the stitches and sutures that keep their corpses together, are grave robbers, serial killers, and innovators that are loosely bound together by common enemies, goals, and the voice in their heads. Most have retreated to places like the Quarantine Zone or the sewers, where their practices are judged not by their peers, but more often worshipped. Able to Manipulate and master the inevitability of death, The Resurrectionists are difficult to put down. as they keep getting right back up.