Knight Models
Product SKU
KM-HPMAG10
The Wizarding World: a place of wonder and magic, where fantasy becomes reality. Here, amidst the towering spires of Hogwarts Castle, in the vaults of the Goblin-run Gringott's... Read More
£25.00
In stock
Notify me when the price drops
Skip to the end of the images gallery
Skip to the beginning of the images gallery 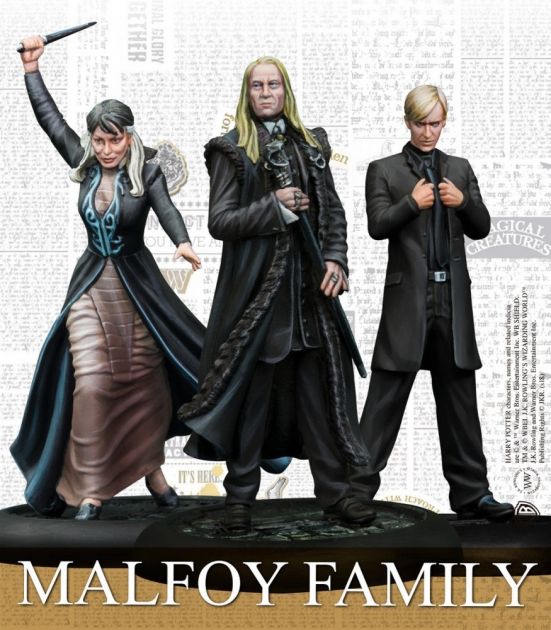 Lucius Malfoy is a Death Eater and the father of Draco Malfoy. After Voldemort returns to power, Lucius hosts him and the Death Eaters while they plot their takeover of the wizarding world.

Draco Malfoy is Harry's nemesis at Hogwarts. During his sixth year, Lord Voldemort gives Draco a dangerous task that will change Hogwarts forever.

Narcissa Malfoy is the mother of Draco Malfoy. She is a strong believer in blood purity and in protecting her family.