Warlord Games
Product SKU
WGBS-791010003
Black Seas focuses on the golden age of sail, which encompasses the period between 1770 and 1830. During this period the navies of Europe and beyond fight for dominance of the... Read More
£20.00
In stock
Notify me when the price drops
Skip to the end of the images gallery
Skip to the beginning of the images gallery 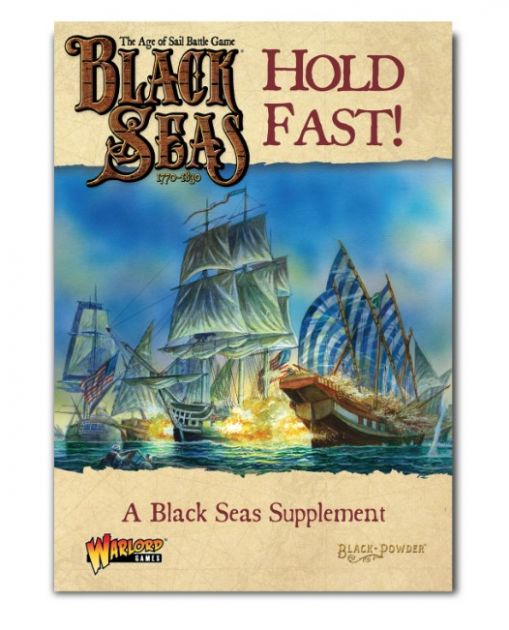 Black Seas focuses on the golden age of sail, which encompasses the period between 1770 and 1830. During this period the navies of Europe and beyond fight for dominance of the high seas. Hold Fast! is a supplement for the Black Seas age of sail game. Inside, find new ways to play, such as charting your course as an independent smuggler or following a navy career from lieutenant to admiral.

Fight in 16 new scenarios that range between cat-and-mouse chases, shallow river battles, passenger escorts, and mutinies. All culminating in the explosive Battle of the Nile which saw the spectacular demise of the French Flagship, L’Orient. Launch new famous ships, such as HMS Agamemnon, Santa Ana, or USS Niagara. Commission new captains of renown for the British, French, Spanish and US navies, such as Louis-Antoine-Cyprien Infernet or John Paul Jones. Or set sail with entirely new fleets from the Russian, Swedish, Dutch, Portuguese, or Ottoman Empire navies. Alternatively, become the scourge of the Mediterranean at the head of a Barbary Coast pirate fleet.

Finally, alongside all the new additional advanced rules and ship statistics, enjoy three solo scenarios or introduce the nightmare terrors of the deep that are born from sailors’ superstitions.

When the continuous thunder of enemy cannon fire and splintering shards of flying wood are erupting all around you, remember: do your duty and hold fast!