Warlord Games
Product SKU
WGBP-302014605
A casual look at Tommy Atkins of the Victorian period gave little away about his fighting abilities. Standing 5´5" on average, and often shorter, he may or may not be able... Read More
£80.00
In stock
Notify me when the price drops
Skip to the end of the images gallery
Skip to the beginning of the images gallery 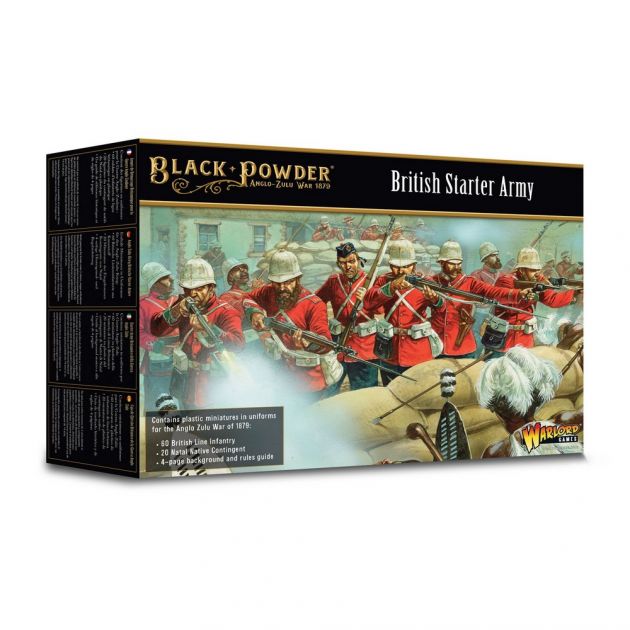 A casual look at Tommy Atkins of the Victorian period gave little away about his fighting abilities. Standing 5´5" on average, and often shorter, he may or may not be able to read or write. This appearance was deceptive, however. The average British redcoat was the most dangerous animal in Africa, equipped as he was with the Martini-Henry breech-loading rifle which he was capable of firing 15 times a minute out to 1200 yards range in volley fire if needs be.

His legendary discipline, his marching ability ´enough to traverse all manner of terrain´ and his determination to fight his enemies, which were legion, all made the British redcoat an implacable foe.

Well led, well-equipped and thoroughly trained in his abilities, he blazed a trail for Empire all over the world. Cheerful and confident the redcoats of the County Regiments served their sovereign well, smashing their enemy with concentrated rifle fire and, if necessary, selling their lives dearly behind the thrust of their wicked long bayonets.

Providing support for the British army were Natal Native Contingents. Largely being used as support for the Main British forces in South Africa they became the main defense force against the Zulu forces. Recruited from the local populace, mainly from the Basuto and Mponso tribes, this force excelled in dealing with Zulu due to an extensive history of fighting them.