Warlord Games
SKU
WGVS-742411001
The Kriegsmarine had to be virtually rebuilt after the First World War. Forbidden to own capital ships and submarines, Germany nibbled away at first one clause of the Treaty of... Read More
£80.00
In stock
Notify me when the price drops
Skip to the end of the images gallery
Skip to the beginning of the images gallery 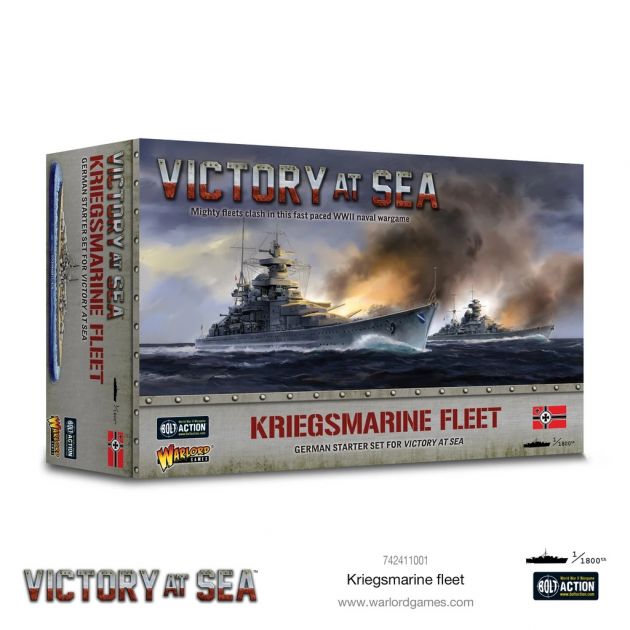 The Kriegsmarine had to be virtually rebuilt after the First World War. Forbidden to own capital ships and submarines, Germany nibbled away at first one clause of the Treaty of Versailles, then another, until a powerful navy force existed.

At the outbreak of World War Two, relatively few capital ships were in commission, and no aircraft carriers. There was never any prospect of matching Britain in terms of capital ship numbers, but the qualitative advantage of the proposed super-battleships might have made a considerable difference. In any case, the Kriegsmarine was not a navy designed to tackle a major fleet head-on in fleet engagements. Instead, it was a commerce raiding force.

German capital ships were built according to principles tried out in World War One; internal compartmentalisation and damage control measures made them very difficult to sink, while their efficient power plants ensured a good top speed, essential in a raider. Coupled with excellent fire control – using radar and other means – and big guns to make use of it, these vessels were extremely potent weapons.

It has been said that Hitler never really understood naval warfare; be that as it may, the Kriegsmarine suffered from a lack of funding and materials, and from the internal politics of the Nazi leadership. Among its greatest detractors was Herman Goering, who connived constantly to ensure resources flowed into his Luftwaffe to the detriment of the navy. Major warship projects suffered from constant stops and starts as resources were allocated, then redistributed to other projects.

Eventually, as the tide of war turned against Germany, Hitler gave up on his navy and transferred guns originally intended for ships to the coastal fortifications of the Atlantic Wall. The Kriegsmarine continued to fight on with dwindling resources. U-boats and destroyers remained a menace to allied shipping to the very end of the war.