Warcradle Studios
Product SKU
MTH13001
Knowledge is power, so the adage goes. To the adepts of the Priory, this is a literal truth as they have been curating their knowledge of Mythos for generations. It is the power... Read More
£39.00
In stock
Notify me when the price drops
Skip to the end of the images gallery
Skip to the beginning of the images gallery 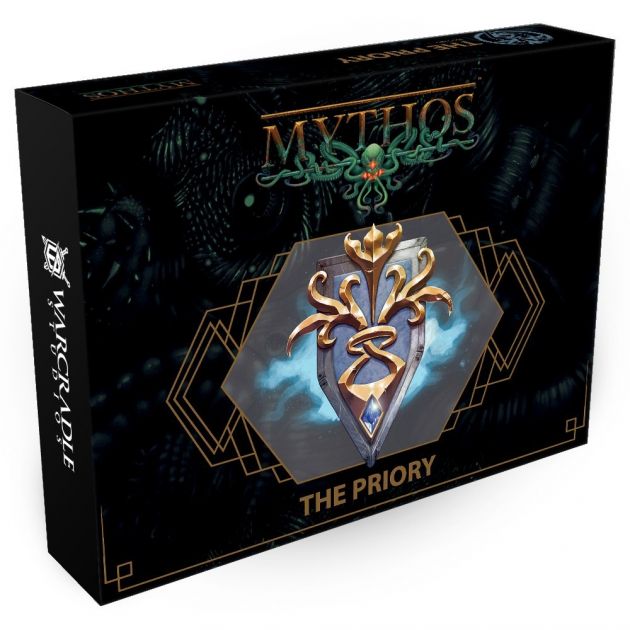 Knowledge is power, so the adage goes. To the adepts of the Priory, this is a literal truth as they have been curating their knowledge of Mythos for generations. It is the power by which humanity will be saved from the predations of the Old Ones.

Over the millennia, shamans, soothsayers, skalds and scholars held the keys to the power of Mythos but were unaware of its greater purpose. Those fortunate few used it sparingly and merely glimpsed behind the curtain to barely retain their sanity. As humanity became increasingly arrogant in their own manifest destiny, this precious lore of Mythos was discarded in favour of technology, and the illusion of safety created by our increasingly modern world. So the Priory have been charged by their mysterious coordinator Madame Adrestia to remember the old dangers that still lurk in the shadows and to fight it at every turn.

The Priory is an ancient institution with its members operating around the globe in roaming self-contained groups known as Cells. Contact between Cells is almost unheard of and membership and recruitment to each Cell is the responsibility of each Cell Leader. Professor Zachary Lazarus has led his Cell for over a decade. An expert in the arcane and occult, it is Lazarus who receives the telephone calls from the enigmatic Madame Adrestia, to plan the Lazarus Cell's next mission. Lazarus has a formidable will and distinctly Bohemian tastes, often found talking in earnest to his cat Zeus. More curious is that the creature seems to understand the detail of the Professor's discussion and obliges with various acts of infiltration and observation for the Priory.

The anarchist-archaeologist Abigail Halsey is an invaluable member of the Lazarus Cell and her discoveries and research are often instrumental in overcoming many of the challenges they face. It was Abigail who discovered the journal of Rabbi Judah Loew ben Bezalel and the Mythos secrets for creating the Golem Maharal. This fifteen-foot tall animated clay monstrosity provides the muscle for the Lazarus Cell on their missions. What Maharal lacks in subtlety it more than made up for with brute force!

Bertie Smythe was a decorated pilot over the Western Front when a dawn encounter in the clouds left him a changed man. He will not speak of what he saw that early morning, nor of the fate of his squadron. Wielding a flamethrower, it is hard liquor and endless cigarettes that fuels his determination to right this unspoken injustice. Weapons such as Bertie's require constant maintenance, as does much of the Cell's equipment. Fortunately, they can rely on the mechanically minded Kitty Page, the most recent recruit to the Cell. Kitty joined the Cell after their mission in Providence against the Path of Chronozon. Though still learning much of their war against the fell powers, Kitty is comforted that their mortal adversaries seem to be as susceptible to bullets and burning as everyone else in the Cell is, except Maharal of course.