The Everrain: Old One Expansion

Grimlord Games
Product SKU
ER-OLD
As the Avatar heralds its arrival, it was only a matter of time before the Old One itself arrived on the earth to claim its prize! Upon a great creature, it rides, nestled in its... Read More
£25.00
Out of stock
Notify me when the price drops
Notify me when this product is in stock
Skip to the end of the images gallery
Skip to the beginning of the images gallery 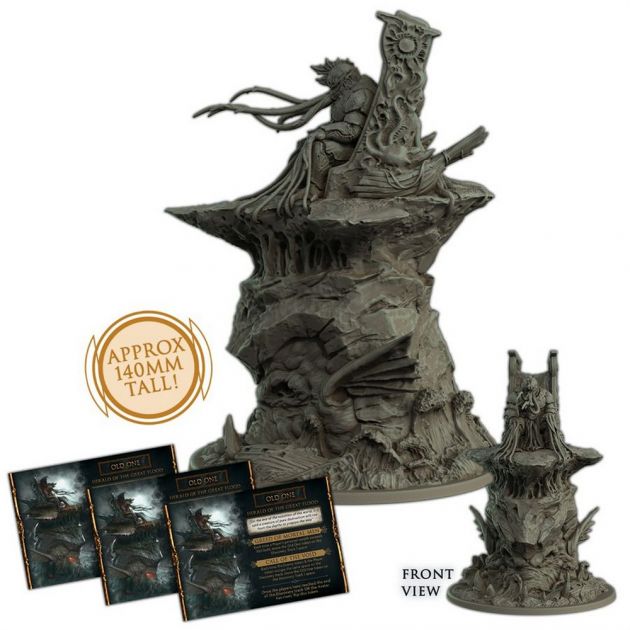 The Everrain: Old One Expansion Information

As the Avatar heralds its arrival, it was only a matter of time before the Old One itself arrived on the earth to claim its prize! Upon a great creature, it rides, nestled in its stone throne where it has sat for time immemorial.

The Old One offers a new boss to try and beat when playing the Everrain. The Old One behaves differently than the Avatar and has its own unique objectives to defeat it!

The Old One token begins the game at the end of the Discovery Track, and it represents how close the Avatar is to rising from the sea and destroying the world! Ordinarily, this token rarely moves, but if enemies begin to gain the advantage and are allowed to run amok, the token will begin to descend down the track. If the Enemy and Old One tokens ever meet, then the Avatar awakens and appears on the game board!

The Avatar has its own board, which describes the effects that it has on the game. These are things that players must be wary of doing, because each time that the player triggers one of these effects, it brings the Avatar one step closer to arriving in the world.

For players to have a chance at winning, they have to trigger the endgame. This is done in one of 2 ways:

In both cases, once the endgame has been triggered the Avatar board is flipped, and the player's objective is revealed