Survival of the Fittest

Wyrd Miniatures
Product SKU
WYR23927
Slumbering Tyrants are awakening and grasping at power as the residents of Malifaux - Human, Neverborn, and Gremlin alike - stand in stubborn defiance against them. With streamlined... Read More
£41.00
In stock
Notify me when the price drops
Skip to the end of the images gallery
Skip to the beginning of the images gallery 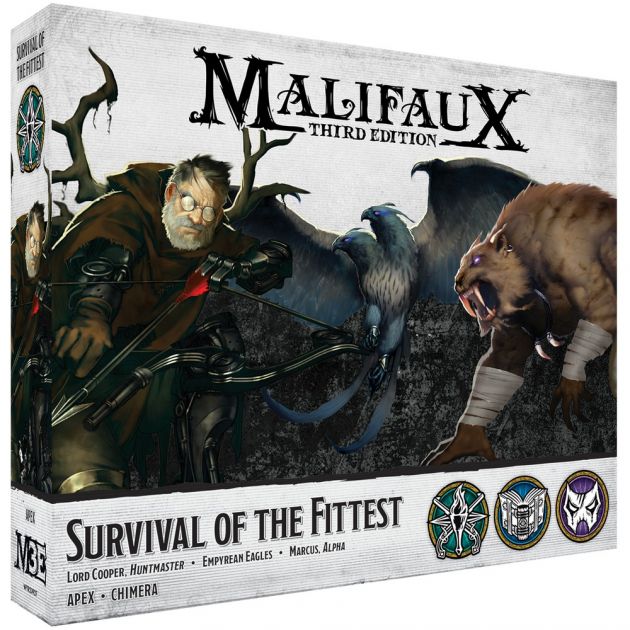 Survival of the Fittest Information

The creatures that humanity has dubbed the Neverborn are the native inhabitants of Malifaux. Some are the twisted descendants of the world's original occupants, while others are nightmarish ghouls created through bizarre spells or magically-enhanced evolution. Many Neverborn believe that humanity is a scourge that must be cleansed, but those rare few believe that they have an important role in this world's greater schemes. Only time will tell.

Originally established as a means to reinvigorate the long-dulled sense of adventure of its founder, the Explorer's Society has since expanded to focus on unfurling the mysteries of Malifaux and beyond. These aristocrats, dark tourists, and pioneers venture into the unknown corners of this world to seek knowledge, discover new locations, and hunt big game. While their motivations are unclear, their recent push to amass rare artefacts is not.