Games Workshop
Product SKU
99120101179
After 10,000 years of war, turmoil and destruction, the Imperium of Mankind is on the brink of collapse and is besieged on all fronts by Xenos filth and blasphemous traitors. The... Read More
£24.00
In stock
Notify me when the price drops
Skip to the end of the images gallery
Skip to the beginning of the images gallery 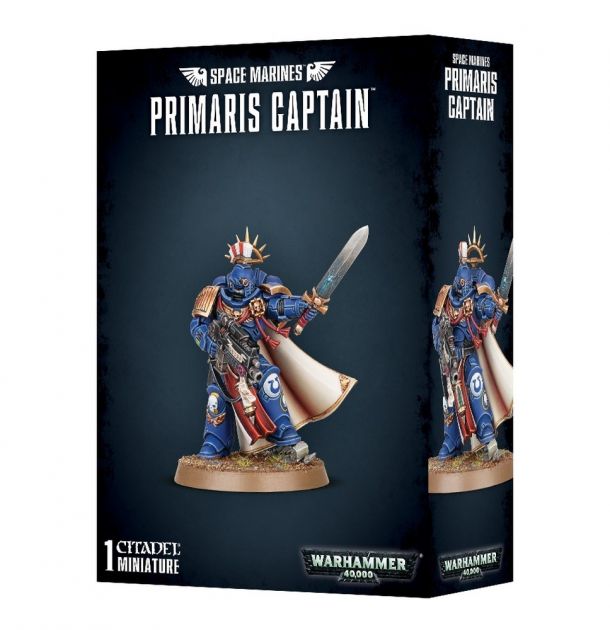 After 10,000 years of war, turmoil and destruction, the Imperium of Mankind is on the brink of collapse and is besieged on all fronts by Xenos filth and blasphemous traitors. The Domain of the Emperor has been split asunder by Cicatrix Maledictux, the galaxy-spanning warp storm; stripping planetary systems of all life, through plague, mutation and Daemonic hellfire raining down from the skies.

Swarming Tyranids have devoured worlds leaving lifeless husks. Brutal Ork hordes have smashed sector after sector. Ruinous Traitor Legions have surged from their lairs, eradicating all that stands in their path on their route to eternal glory... or damnation.

The only shining light of hope that the citizens of the Imperium have are the newly founded Primaris Marines, genetically enhanced super soldiers. Clad in the improved Mk. X armour, wielding a weapon designed for warfare and perfected over countless millennia.

Led by the Emperor's finest son and Primarch, Roboute Guilliman, the Chapters of the Space Marines have declared the Indomitus Crusade, to strike back against the enemies Mankind. Bringing the fiery vengeance of Imperial law back to those systems that have fallen into darkness.

As the light of the Golden Throne flickers on the brink of eternal damnation, in the grim darkness of the far future, there is only War!