Knight Models
Product SKU
KM-DCUN005
"In blackest day, in brightest night, beware your fears made into light. Let those who try to stop what's right, burn like my power, Sinestro's might!"From the greatest Green Lantern... Read More
£16.50
In stock
Notify me when the price drops
Skip to the end of the images gallery
Skip to the beginning of the images gallery 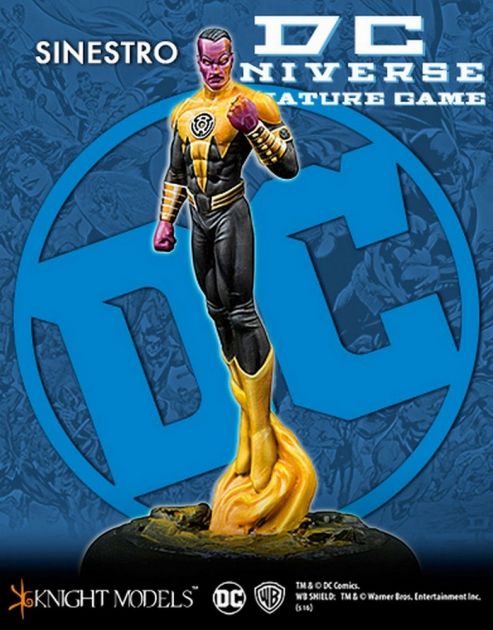 "In blackest day, in brightest night, beware your fears made into light. Let those who try to stop what's right, burn like my power, Sinestro's might!"

From the greatest Green Lantern to the Corps' greatest enemy.Originally hailing from the planet Korugar, Sinestro once served as the Green Lantern of Sector 1417 and quickly gained recognition among the Corps for his ability to police his sector. However, peace came at a price. Sinestro's determination to preserve order caused him to act more as a dictator than a protector, conquering his own home planet in the process. It wasn't until then new recruit Hal Jordan learned of Sinestro's methods that the Guardians were informed and Sinestro was ejected from the Corps.

Steadfast in his belief of moral superiority and methods of maintaining order, Sinestro formed the Sinestro Corps, harnessing the yellow energy of fear, to not only combat the Guardians, whom he sees as the main obstacle on the path to intergalactic peace, but to also strengthen the Green Lantern Corps. For it is Sinestro’s opinion that the Green Lanterns have long since been held back by their creators.

Highly intelligent with an almost unbreakable will, Thaal Sinestro will do anything to achieve control and thereby order - control over his emotions, control over others, and even control over the entire universe.

This blister contains one metal miniature.

Please Note: Miniature is supplied unpainted and some assembly will be required.