Warcradle Studios
Product SKU
DWA270013
Mounting the largest naval cannon in the world, the Rikhter class relies on kinetic dampers to absorb the massive recoil from the weapon. A void engine is used to translocate the... Read More
£55.00
In stock
Notify me when the price drops
Skip to the end of the images gallery
Skip to the beginning of the images gallery 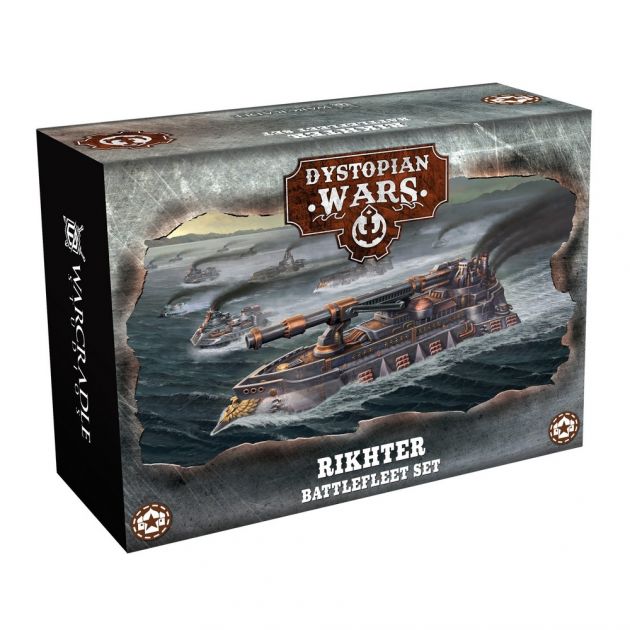 Mounting the largest naval cannon in the world, the Rikhter class relies on kinetic dampers to absorb the massive recoil from the weapon. A void engine is used to translocate the colossal atomic munitions from a fortified stronghold deep in Siberia. The shockwave alone will utterly pulverise any crewmember foolish enough to be on deck when fired.

Pride of the White navy, the Moskva class Heavy Battleships are a potent combination of heavy firepower and crews that exalt the finest traditions of the Commonwealth.

With enviable state rooms and extensive supply facilities, the Prezidium is a vital command ship. With these well-armed vessels as flagships, the Admiralty of the White Navy can conduct operations anywhere in the globe with the surety that they are well resourced.

Utilising the repulsion field generator obtained by Helsinki Markov in 1856, the Irkutsk Skydrill is often heard approaching, long before it is seen. The buzz of the overcharged field generators and the roar of the Semyenov assault bore spinning up to full speed making a terrifying cacophony.

The Selivanenko pattern Aural Dissonance Array (known more commonly as a Shockwave Generator), is a standard weapon on the Giyena. This armoured hovercraft moves rapidly across uneven landscapes, marshland and the open sea to bring this potent device to bear.