Warlord Games
Product SKU
WGBB-772211014
The P-47 Thunderbolt was a versatile US fighter aircraft produced between 1941 and 1945 operating in both the Mediterranean and Pacific theatres. In addition to eight wing-mounted... Read More
£32.50
In stock
Notify me when the price drops
Skip to the end of the images gallery
Skip to the beginning of the images gallery 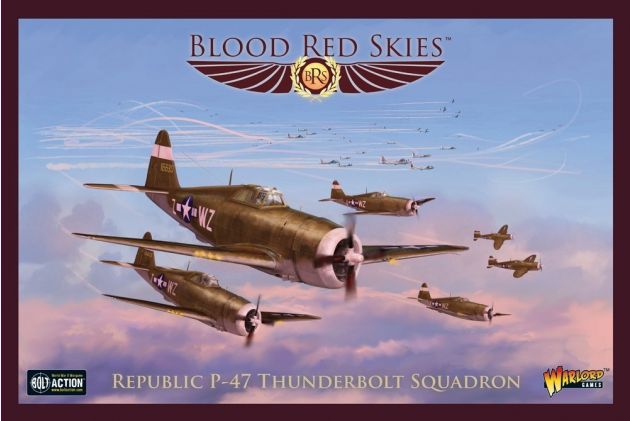 The P-47 Thunderbolt was a versatile US fighter aircraft produced between 1941 and 1945 operating in both the Mediterranean and Pacific theatres. In addition to eight wing-mounted .50-caliber machine guns, it was capable of carrying five-inch rockets or a bomb load of up to 2500 pounds. When fully-loaded up in this manner, the fighter was one of the heaviest of the entire war. However, this meant it could fulfil a number of roles - performing well as a short to medium range escort fighter as well as in a ground attack role.

The P-47 earned praise form its pilots for its roll-rate and dive speed, and its general performance at high altitude. This performance would suffer at lower altitudes, however, as the climbing and turning rate would become far from optimal. The P-47 was viewed as a very large lumbering aircraft, and German pilots soon learned to climb, rather than dive, when the silhouette of a Thunderbolt loomed from behind. The P-47 was also fairly rugged, capable of sustaining a fair amount of damage, and its cockpit was roomy and offered decent visibility - this was further improved with the introduction of bubble canopies on some variants of the P47-D.

The Thunderbolt ended the war with a total of 3752 air-to-air kills, having been deployed in all USAAF operation theatres (with the exception of Alaska). It also gradually became the primary fighter-bomber of the USAAF, with improvements in fuel allowing it to fly sorties as far as Berlin itself. The supposed tallies claimed by Thunderbolt pilots were astonishing; including 9000 locomotives, 6000 armoured vehicles and 68,000 trucks amongst others. They often employed the low-level skip-bombing tactic, to hit difficult secluded targets, such as rolling stock in tunnels.