Warlord Games
Product SKU
WGBB-772211013
"Tex" Hill was born in Gwangju, Korea whilst under Japanese rule but was raised in Texas. Graduating from Austin College in 1938, he entered service as a United States Naval Aviator,... Read More
£12.00
In stock
Notify me when the price drops
Skip to the end of the images gallery
Skip to the beginning of the images gallery 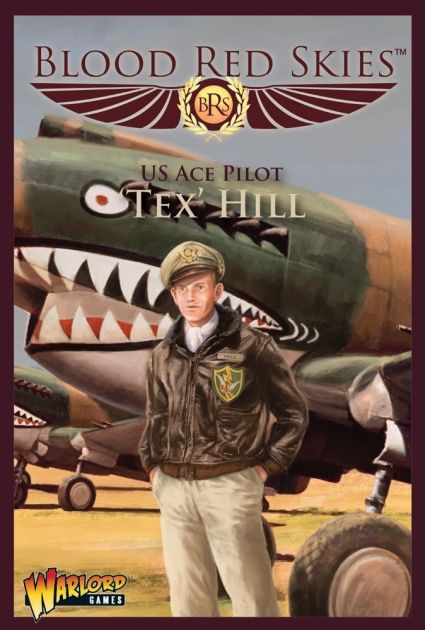 "Tex" Hill was born in Gwangju, Korea whilst under Japanese rule but was raised in Texas. Graduating from Austin College in 1938, he entered service as a United States Naval Aviator, earning his wings as a TBD Devastator torpedo bomber pilot aboard the USS Saratoga. He also joined a Vought SB2U Vindicator Dive Bomber Squadron aboard USS Ranger. IN 1941 he was recruited to the 1st American Volunteer Group, training on the P-40 Warhawk in Burma.

Hill made his first kills on January 3rd 1942, shooting down two Japanese Nates over Thailand. 2 more followed on the 23rd and he became an ace the next day with two more kills. He thus became a squadron leader in March of that year, and by the time of the squadron's disbanding in the summer, he was a double ace, with 12 1/4 aerial victories on his record.

Hill was one of only 5 of the "Flying Tigers" to join the successor group, the 23rd Fighter Group, having a rank of major at this time, earning 5 more victories in the cockpit of a P-51. He returned home in 1944 and took command of the 412th Fighter Group, the first operational American jet fighter group (flying the P-59 Airacomet and P-80 Shooting Star). He went on to serve in the Korean War with the Texas Air National Guard. He retired as a brigadier general, has earned a plethora of merits and medals throughout his career.