Knight Models
Product SKU
KM-HPMAG04
The Wizarding World: a place of wonder and magic, where fantasy becomes reality. Here, amidst the towering spires of Hogwarts Castle, in the vaults of the Goblin-run Gringott's... Read More
£31.25
In stock
Notify me when the price drops
Skip to the end of the images gallery
Skip to the beginning of the images gallery 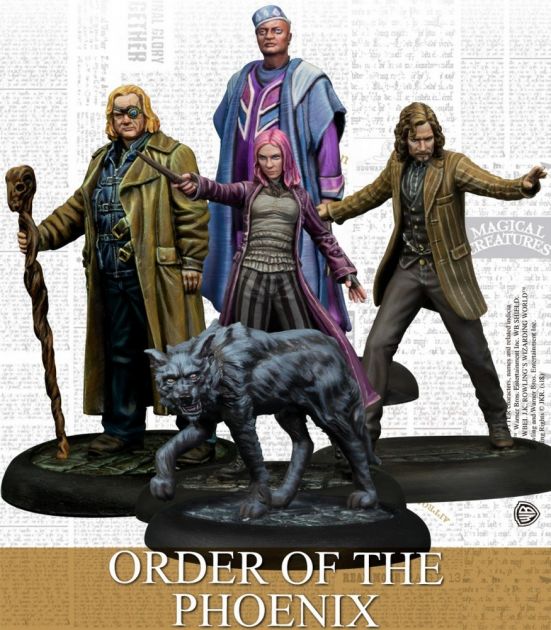 Sirius Black is possibly the most infamous prisoner ever to be held at Azkaban - imprisoned for murdering 13 people in broad daylight. During Harry's third year at Hogwarts, he discovers that Sirius is his godfather and an Animagus.

Sirius provides guidance to Harry in both life and death.

Tonks, (who hates being called Nymphadora) is a Metamorphmagus and a member of the Order of the Phoenix. She and her husband, Remus Lupin, are among the members of the Order who rescue the sixteen-year-old Harry from Privet Drive to escape capture by the Death Eaters.

Alastor 'Mad-Eye' Moody, a famously paranoid wizard and at one-time leader of the Order of the Phoenix. Highly accomplished Auror and an outstanding duellist, also skilled in non-verbal magic.

Kingsley Shacklebolt worked for the Ministry of Magic as an Auror but joined the Order of the Phoenix after being convinced of the return of Lord Voldemort. He continued working undercover for the ministry which helped him, among other things, feed the Order important information as well as keep Sirius hidden.

The Order of the Phoenix Miniatures pack includes;