Warlord Games
Product SKU
WGBB-772212008
The Messerschmitt Me 262 was the first operational jet-powered fighter aircraft in the world. Though design work began well before the commencement of World War II, problems with... Read More
£32.50
In stock
Notify me when the price drops
Skip to the end of the images gallery
Skip to the beginning of the images gallery 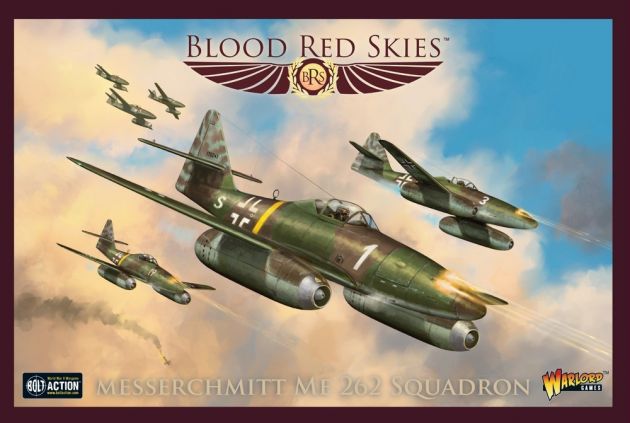 The Messerschmitt Me 262 was the first operational jet-powered fighter aircraft in the world. Though design work began well before the commencement of World War II, problems with development - from the engines to interference from the highest command levels mean that the aircraft did not reach operational status until mid-1944, too late to make the required impact. The Me 262 was more heavily armed than and outperformed every Allied aircraft in terms of speed. It served in a number of roles such as light-bomber, reconnaissance and experimental night fighter. It earned nicknames dependant on its role, dubbed Schwalbe (German for swallow) in fighter versions, or Sturmvogel (German for storm bird) in fighter-bomber versions.

Though war records are sketchy pilots of the Me 262 claimed more than 542 Allied aircraft downed. Its phenomenal speed made it an extremely difficult target to intercept, however at lower speeds the 262 suffered from diminished performance due to the limitations of thrust provided by the early jet engine. Allied pilots soon learned to take advantage of this trait by attacking the aircraft at its most vulnerable during take-off and landing. Whilst airborne, Me 262 pilots were relatively safe from Allied aircraft provided they did not get drawn into low-speed manoeuvring contests.

In targeting enemy bombers, new tactics needed to be developed. Head-on attacks would not work, as the closing speed did not pair well with the rate of fire of the mounted Mk 108 cannons. When engaging bombers, Me 262 pilots developed a 'broadside' attack approach.

The effect of the 262 on the outcome of the war was compromised by its late entry. By 1944, German armament production had shifted to more easily producible, and cheaper aircraft. Only a small number of Me 262s saw service, with reportedly only a maximum of 200 operating at any one time. Nevertheless, the aircraft influenced post-war military jet development, captured examples being extensively tested by the post-war major powers.