Warlord Games
Product SKU
WGBB-772212014
The Messerschmitt BF 109 was the real workhorse of the Luftwaffe throughout the Second World War, being the most produced fighter aircraft in history, with a total of 33,984 airframes... Read More
£32.50
In stock
Notify me when the price drops
Skip to the end of the images gallery
Skip to the beginning of the images gallery 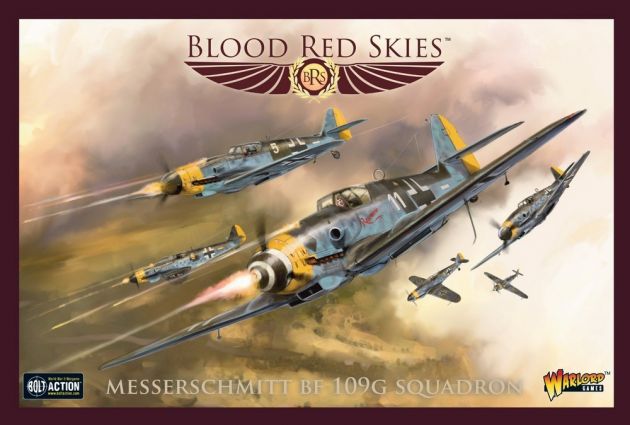 The Messerschmitt BF 109 was the real workhorse of the Luftwaffe throughout the Second World War, being the most produced fighter aircraft in history, with a total of 33,984 airframes produced between 1936 and April 1945.

The Bf 109 was flown by the three top-scoring German fighter aces of World War II, who claimed 928 victories between them while flying with Jagdgeschwader 52, mainly on the Eastern Front. Pilots of other Axis nations also achieved ace status in the cockpit of a Bf 109, including pilots from Italy, Romania, Croatia and Hungary. Through constant development and improvements, the Bf 109 remained a potent and competitive aircraft.

The G series, or Gustav, was introduced in mid-1942 taking its cues from the prior F series (which featured new wings, an improved cooling system and adjusted fuselage aerodynamics). The G series further improved upon the engine, mounting a more powerful 1,475 PS DB 605 engine. It had a multitude of variants, ranging from high altitude fighters with pressurized cockpits to photo-reconnaissance and even a two-seater trainer. As the war wore on, further variants were introduced with water injection boost and high-performance superchargers added, to meet developing tactical requirements.

The Bf 109 achieved more aerial kills than any other aircraft of World War II. Many of these were against an inferior (in both training and equipment) Soviet Air Force during Operation Barbarossa. The operation resulted in the loss of 21,200 Soviet aircraft, of which, about half were to combat.

As the war progressed and the Allies made increasing bombing incursions into German territory, the environment became ever more target-rich for Bf 109 pilots, allowing for over 100 individual Luftwaffe pilots to be credited with 100 aerial victories each. This group in total claimed almost 15,000 kills - resulting in more than 2500 Luftwaffe pilots to be considered aces.