Warlord Games
Product SKU
WGBP-302014603
The Zulu army was a formidable foe. Well-trained, well-led, and well-equipped for campaigns, the Zulu regiments were the terror of Africa. Created by the great Shaka, founder of... Read More
£24.00
In stock
Notify me when the price drops
Skip to the end of the images gallery
Skip to the beginning of the images gallery 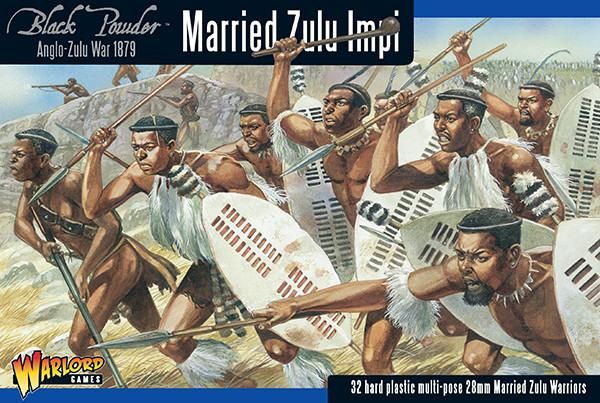 The Zulu army was a formidable foe. Well-trained, well-led, and well-equipped for campaigns, the Zulu regiments were the terror of Africa. Created by the great Shaka, founder of the nation, each regiment was composed of small companies who trained together, and a regiment could be 1,000 men strong.They were then brigaded together to form divisions that could move at great speed and with drilled precision, forming the classic Zulu attack formation of the Horns of the Buffalo.

The military system formed units into married and unmarried units, so a cadre of young men would be forced to remain unmarried on the King's orders until they had 'washed their spears' in the blood of their enemies. They are armed with throwing spears, smoothbore muskets and the deadly stabbing short spear whilst their patterned ox-hide shields help identify their parent regiment.

Once they were blooded, and only then, would they sew in the characteristic head ring which is the symbol of a mature and married warrior, showing his much enhanced status in society.

These then are the finest warriors of a fierce and proud army of 40,000 men, eager to preserve Zululand from all invaders, Swazi, Boer or British!