Wyrd Miniatures
Product SKU
WYR11101
Kings of Artifice is a strategy board game for 2 to 4 players. The game is played in a series of building rounds, followed by one final crowning round. Victory Points (VP) are... Read More
£63.50
In stock
Notify me when the price drops
Skip to the end of the images gallery
Skip to the beginning of the images gallery 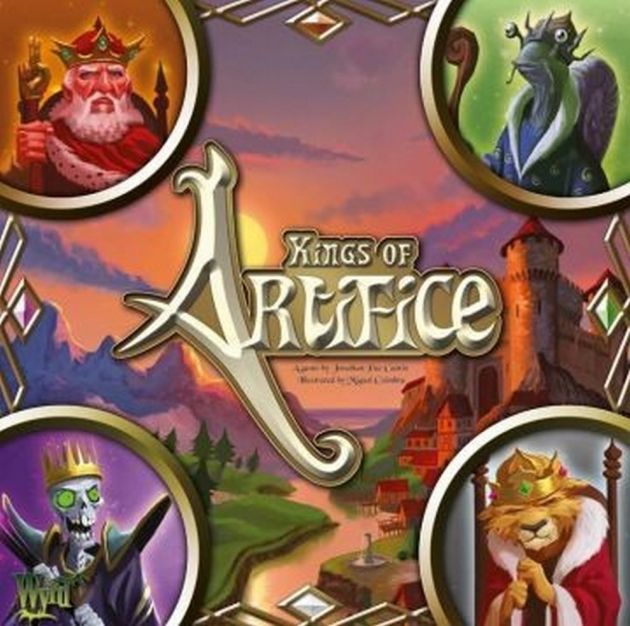 Kings of Artifice is a strategy board game for 2 to 4 players. The game is played in a series of building rounds, followed by one final crowning round. Victory Points (VP) are awarded for building structures during the game as well as at the end. In each game, two special scoring cards are drawn from a deck that allow players to gain bonus points by meeting certain conditions.

In the building rounds, the players summon their specialized characters onto the game board and employ them (using Action Points) to construct valuable structures such as Walls, Houses, Battlements, Towers, Palaces, Fountains, and Pastures. These are built from their supplies of coloured building blocks. In addition to expanding their own kingdoms, the players can use their forces to hinder the progress of their rivals.

In the crowning round, the players display their completed kingdoms and flaunt their power over the realm. The player with the most Victory Points at the end of the game is the winner!

Kings summon the other characters to the board from the supply.

Villagers are needed to build Houses (which can be converted into Towers and Palaces).

Artisans are necessary to complete the building of advanced structures.

Horses assist the other characters in their movements on the board.

Thieves can climb on Walls, and can steal Action Points from their rivals.

Warlocks can use their Mana to cast spells (which are different in each game).