Wyrd Miniatures
Product SKU
WYR19006
Slumbering Tyrants are awakening and grasping at power as the residents of Malifaux - Human, Neverborn, and Gremlin alike - stand in stubborn defiance against them. With streamlined... Read More
£41.00
In stock
Notify me when the price drops
Skip to the end of the images gallery
Skip to the beginning of the images gallery 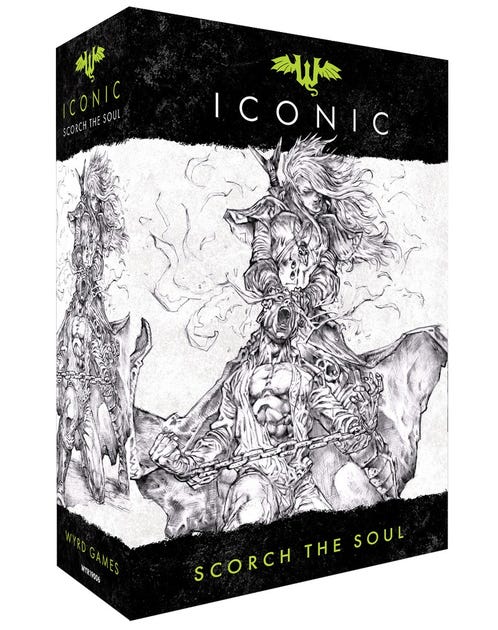 Step through the Breach and witness a moment in Malifaux history with these limited Iconic sculpts. Each Iconic box includes a large-scale, high-quality model that showcases a pivotal moment in their story – in this timeline or the next – as well as a playable version of that sculpt that is fully compatible with Malifaux Third Edition.

Scorch the Soul features Sonnia Criid in the Yellow Crypt after she has captured a sorcerer who has tapped into the magical aether emanating from the world of Malifaux. Turning their power inward, Sonnia sears their minds and turns them into something else entirely: a Witchling Thrall.

This Iconic box includes this incredible piece of art of Sonnia breaking an Arcanist mage down as a 75mm sculpt that will look fantastic painted up and showcased on your shelf. This model will come in unassembled hard PVC so that the fine details will be kept without the complexity of building a large model.