Knight Models
Product SKU
KM-HPMAG06
The Wizarding World: a place of wonder and magic, where fantasy becomes reality. Here, amidst the towering spires of Hogwarts Castle, in the vaults of the Goblin-run Gringott's... Read More
£31.25
In stock
Notify me when the price drops
Skip to the end of the images gallery
Skip to the beginning of the images gallery 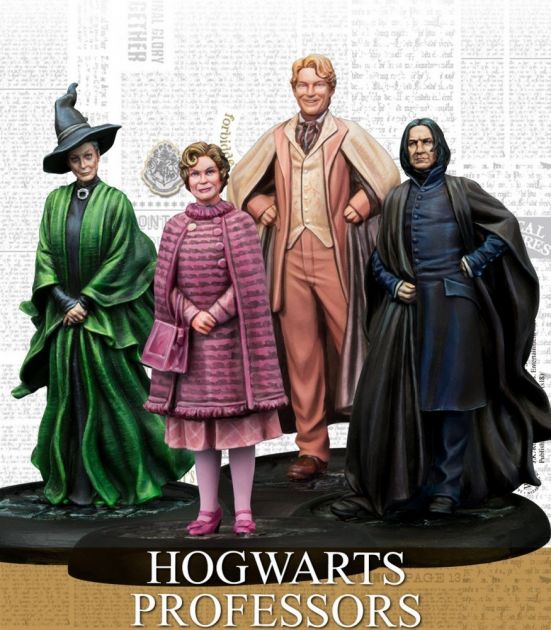 Severus Snape, Head of Slytherin House and Potions Master for Harry's first five years at Hogwarts, Severus Snape's loyalty to Dumbledore and the Order of the Phoenix is often questioned by Harry. Only through viewing Snape's memories does Harry learn the truth about his motives.

Dolores Umbridge, as Defense Against the Dark Arts teacher during Harry's fifth year, Dolores Umbridge will only teach her students "theoretically" - leading Harry to form Dumbledore's Army. In his hunt for Horcruxes, Harry once again confronts Umbridge in her post as Head of the Muggle-born Registration Committee.

Gilderoy Lockhart, a famous wizarding celebrity who authored many books, became a Defence Against the Dark Arts Professor at Hogwarts for... a while at least. He may not be so sure about anything anymore.