Wyrd Miniatures
Product SKU
WYR23519
Welcome to Malifaux!Malifaux, a twisted mirror of an alternate Earth in the 1900s; a world of gothic horror, Victorian structures, steampunk constructs, and wild west gunslingers.... Read More
£47.75
In stock
Notify me when the price drops
Skip to the end of the images gallery
Skip to the beginning of the images gallery 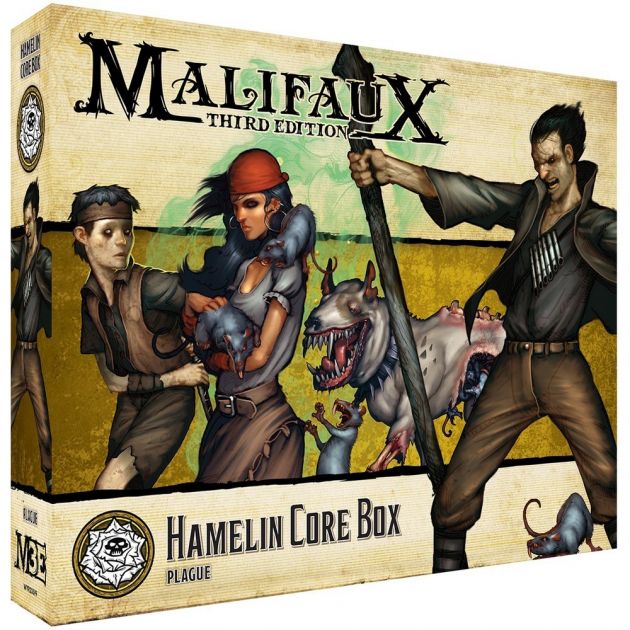 Malifaux, a twisted mirror of an alternate Earth in the 1900s; a world of gothic horror, Victorian structures, steampunk constructs, and wild west gunslingers. Rife with undead amalgamations, monstrous vengeful apparitions, and other creatures that bump in the night, these near-lawless lands are still worth treading for some, as the Soulstones deep within the cavernous catacombs are worth more than the sweat and blood it takes to obtain them.

Malifaux Third Edition is a story-driven skirmish game where two players fight one of the endless skirmishes for control over the towns, settlements, and places of power in this dangerous new world. In Malifaux, the events from its extensive lore are directly carried into the characters' mechanics. With a streamlined hiring system, straight forward and updated rules that don't get in the way of the fun, and enough strategic depth to keep those mental gears turning for years to come, it's never been a better time to dive in.