Knight Models
Product SKU
KM-HPMAG41
The Wizarding World: a place of wonder and magic, where fantasy becomes reality. Here, amidst the towering spires of Hogwarts Castle, in the vaults of the Goblin-run Gringott's... Read More
£25.00
In stock
Notify me when the price drops
Skip to the end of the images gallery
Skip to the beginning of the images gallery 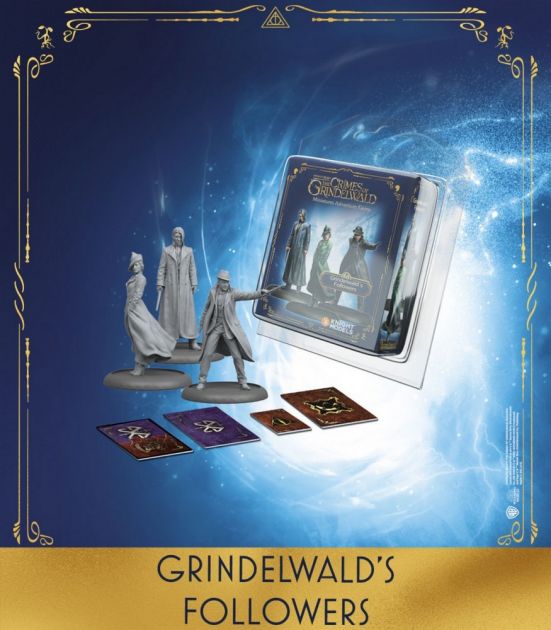 A fanatical sect of Wizards dedicated to the teachings of Gellert Grindelwald, ‘Grindelwald’s Army’ seek to destroy the veil of secrecy that hides the Wizarding World, provoking all-out war with the No-Majs.

This box set contains the first three characters for the Grindelwald’s Army faction: the enigmatic French witch Vinda Rosier, the ambitious acolyte Krall, and the corrupted Auror Abernathy (who can also be included in Hogwarts groups). These finely detailed miniatures will enhance any villainous group in your Fantastic Beasts games.