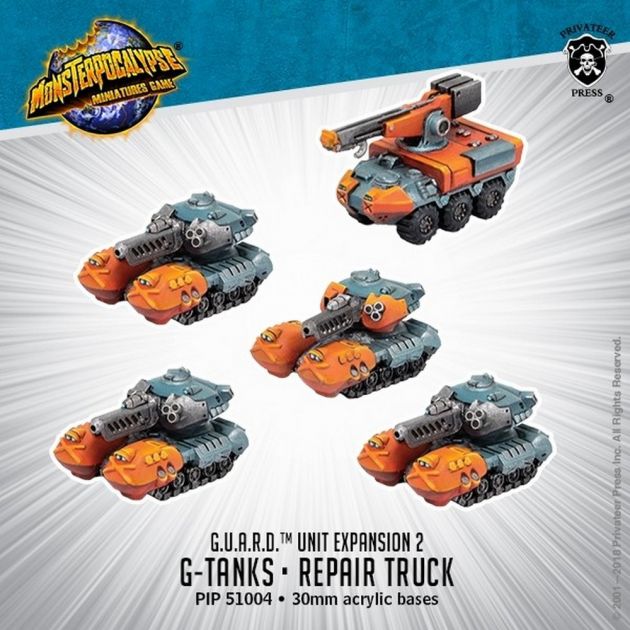 The G-Tank is a solid fighting machine that utilizes its sturdy tank treads to roll over any obstacle that would impair its movement.

Repair Trucks crewed by skilled G.U.A.R.D. engineers wage an endless battle against devastation as they rush to restore crumbling structures and save the civilians within.

This blister pack contains G.U.A.R.D. ground units to expand your Protectors force. G-Tanks accel at holding territory and eliminating any enemy units that come within their ranges. Repair Trucks can extinguish fires - potentially protecting your monster from being thrown into them - and can return buildings to play.