Knight Models
Product SKU
KM-HPMAG07
The Wizarding World: a place of wonder and magic, where fantasy becomes reality. Here, amidst the towering spires of Hogwarts Castle, in the vaults of the Goblin-run Gringott's... Read More
£16.75
In stock
Notify me when the price drops
Skip to the end of the images gallery
Skip to the beginning of the images gallery 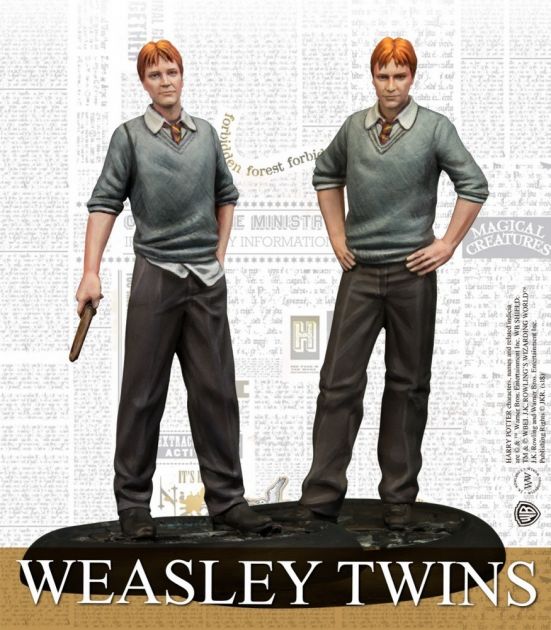 At Hogwarts, twins Fred and George Weasley are Quidditch players for Gryffindor and notorious pranksters. During Harry's sixth year, Fred and George open a successful joke shop called Weasleys' Wizard Wheezes in Diagon Alley When Dark Forces take control of the wizarding world, the twins fight courageously in the battle of Hogwarts.