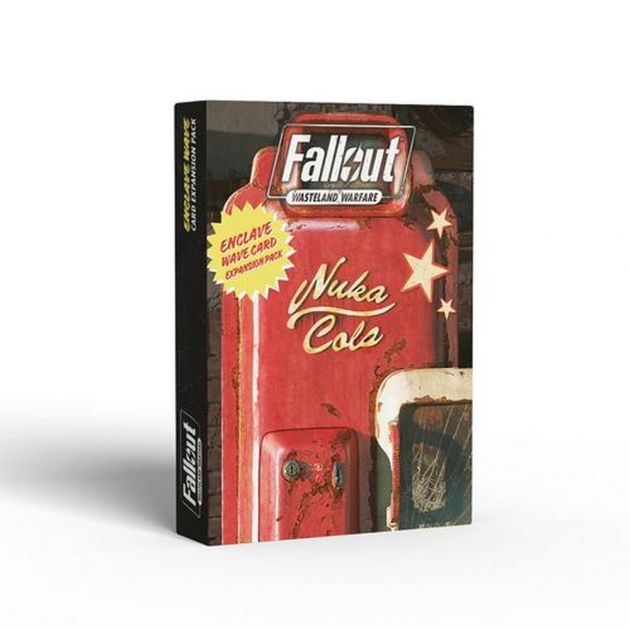 The ominous shadow of human ‘purity’ hangs over the wasteland as the rhythmic crunch of power-armoured feet echoes from ruin to ruin – The Enclave are making their presence known. Join the cause or fight your corner with new allies and fearsome enemies.

The Enclave themselves bring multiple power armour variants and heavy weapons to the wasteland, ready to reclaim it for their president. Their top brass takes to the field, with Colonel Autumn commanding and Frank Horrigan bludgeoning his way through anything brave (or stupid) enough to stand in the way.

At the same time attacks have been increasing from the shoreline. Seasonal migrations and the vibrations of war draw creatures to the fray in increased numbers. Skittering and chittering across the sand, a wave of chitinous Mirelurks find prey on the shoreline. Their hunters seek out potential food for hatchlings and their eggs, while larger specimens lay in wait in the depths. All the while sinister monsters hunt the twilight fogs on the shore, glimpsed then gone; few have seen them up close and lived to tell the tale…

All the rules for units, weapons, and equipment in the Enclave Wave are included in this card pack. Also included are new AI Cards, chems, mods, events, dangers and more, all for expanding the Fallout: Wasteland Warfare experience.

Included in the set are cards for:

This boxed set contains cards to expand their Fallout: Wasteland Warfare games. Players will need this Card Expansion Pack to use the contents of other wave release boxes.