Olmec Games
SKU
TDE-X7004
Set on the continent of Ulaya, The Drowned Earth is a tropical world, thick with jungle, swamp and tropical archipelago.Once, The Drowned Earth was the home of a great, futuristic... Read More
£6.45
Out of stock
Notify me when the price drops
Notify me when this product is in stock
Skip to the end of the images gallery
Skip to the beginning of the images gallery 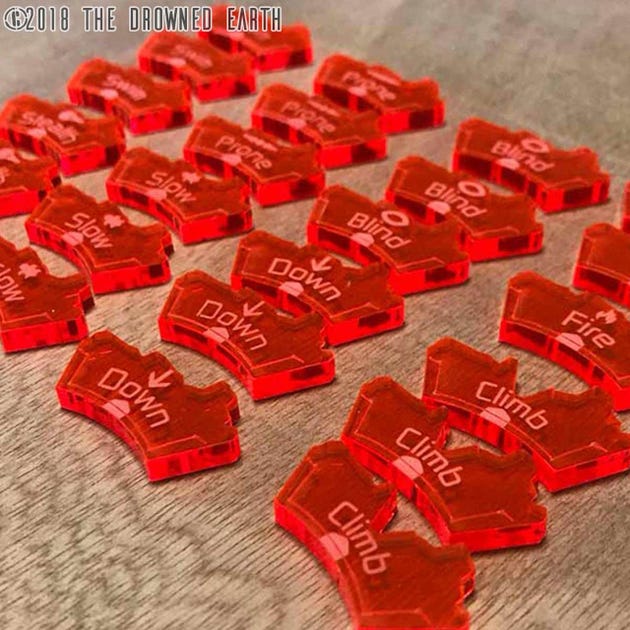 A set of 24 tokens designed to clearly indicate conditions, model states and effects. There are three of each condition, in high visibility, fluorescent red, acrylic.