Warcradle Studios
Product SKU
DWA120008
At the close of the Ore War, Confederate President Davis commanded his forces to stand down. Though General Robert Lee carried out this order, Fleet Admiral Elizabeth Buchanan... Read More
£44.00
In stock
Notify me when the price drops
Skip to the end of the images gallery
Skip to the beginning of the images gallery 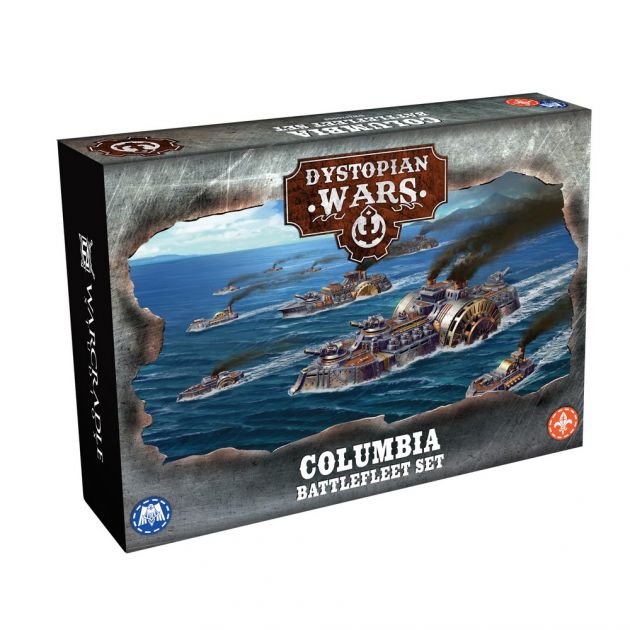 At the close of the Ore War, Confederate President Davis commanded his forces to stand down. Though General Robert Lee carried out this order, Fleet Admiral Elizabeth Buchanan refused and withdrew her battlefleets southwards to find a safe haven in the Socialist Unity of South America.
For the vessels of the Union fleet, while they had served well during the civil war, the fleet was in need of modernising and expanding if the nation was to fulfil its Manifest Destiny as the preeminent Great Power of the Dystopian Age. Newer designs became more common and began to take on frontline roles such as the Constitution, Yorktown and Farragut classes.

The Columbia class was the most powerful vessel found in both the Union and Confederate navies during the Ore War. 12 of these vessels were maintained by each side in the conflict though their rugged design allowed several of these prized vessels to be returned to service after sustaining catastrophic damage. Occasionally this saw Columbia class ships returned to battle in service to the opposing navy. After the CSS Merrimack was sunk by the USS Monitor in the closing stages of the civil war, she was repaired and recommissioned as the Union vessel USS Virginia. That ship, like all Columbia class vessels, was recategorised as a Heavy Battleship, post-war.

The Confederate navy did not fall into despair and disrepair, however, despite the predictions of the Union's analysts. Instead, Admiral Buchanan accepted a seat on the council of the Latin alliance and put her considerable fleet and experienced crews at the disposal of the Socialist Unity of South America (SUSA). The Confederates found surprising common ground with their new compatriots with their refusal to yield to the aggressions of the Union, The fleet was modernised with the best engineering and weaponry available to the Alliance. Within a few years of the Ore War, while the vessels appeared superficially to resemble their Union counterparts, their internal systems and armaments were distinctly a product of their new allegiance to the Alliance.

While SUSA lacks most of the engineering marvels that are becoming commonplace in the north, the Union's continuous martial footing that it has maintained since the end of the war has caused a small but constant flow of disenfranchised or disaffected military personnel and their families to flee southwards. In SUSA they find former brothers and sisters proudly defending the seas of the South-Western Atlantic, swelling the crews with new blood and ideas. It is no surprise that within twelve months of the Providence and Sumter class refits in the Union that similarly renovated vessels were in service to SUSA. Even the Mark II Talon autogyros from the Ore War have slowly been replaced by locally manufactured variants that are the equal of the Mark VI in use today by the Union.