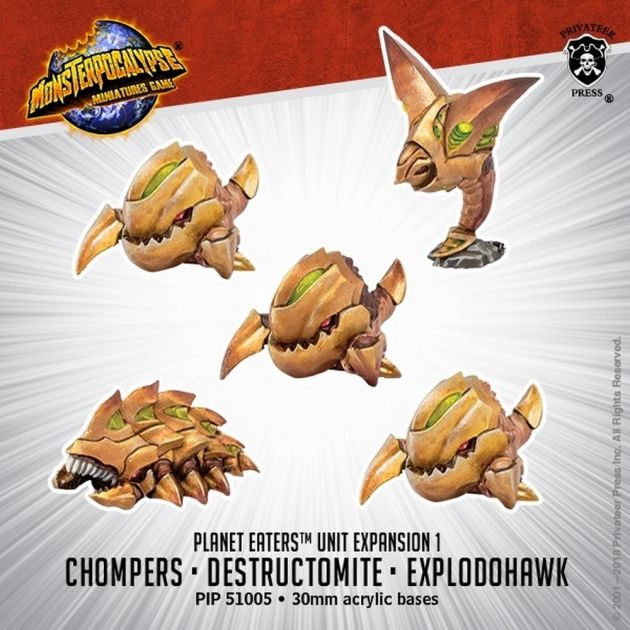 Chompers are simple but effective destroyers that function like mobile mouths, opening wide to eat entire armoured vehicles and then channelling the energy of each meal to their greater masters.

Destructomites are insectoid horrors that converge on their targets to obliterate them in a wash of superheated energy. An enemy covered in gnawing Destructomites is easy prey for larger Planet Eaters.

The Explodohawk exists only to fly at its enemies and then unleash an all-consuming blast. Nothing in the vicinity escapes unscathed after it detonates with a spray of metallic chitin like a living grenade.

This blister pack contains a variety of Planet Eater models to expand your Destroyers force. Chompers are the main frontline units in the faction, empowering your monster as they eat enemy units. Destructomites are highly mobile support pieces able to go toe to toe with enemy units. Explodohawks are bombs with wings, capable of taking out groups of enemy units in a single attack.