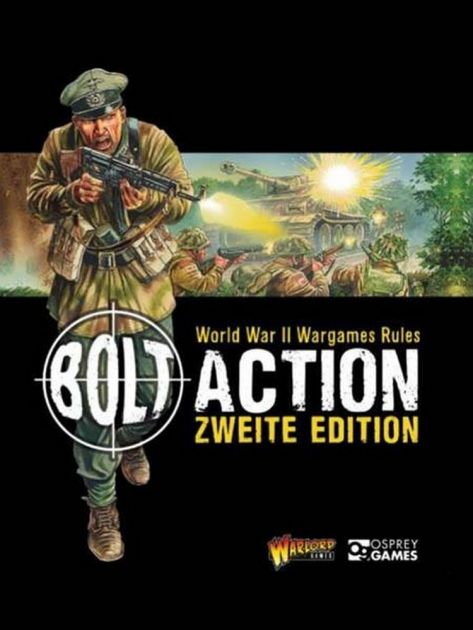 Bolt Action is an award-winning World War II historical war game from Warlord Games with over 40,000 players worldwide and it's about to get even better.

Warlord Games are releasing a 2nd Edition rules set for the popular game to make the game even more fun and realistic and you fight with the armies of the Allied and Axis powers. This rulebook, available as a standalone book or a mini version within a new starter set provides you with all the information you need to get into this epic game.

This second edition rules set features streamlined and refined rules, incorporating all the latest FAQ's and Errata's compiled with the help of the Bolt Action community. It is fully compatible with all existing Bolt Action ranges and army books, theatres and models.

Written by renowned games designer Alessio Cavatore, Bolt Action 2nd Edition provides a fantastic gaming experience to bring WWII battles to your tabletop, whether they be skirmishes or major actions. From infantry footslogs to full-blown tank engagements. In theatres such as occupied France, the sweltering jungles of the Pacific, to the barren deserts of Northern Africa. With army options that are almost limitless, that allows you to build and field armies to meet any style of play that suits you. Bolt Action 2nd Edition is the game for you!

Product is Supplied in German