Knight Models
Product SKU
KM-HPMAG05
The Wizarding World: a place of wonder and magic, where fantasy becomes reality. Here, amidst the towering spires of Hogwarts Castle, in the vaults of the Goblin-run Gringott's... Read More
£21.00
In stock
Notify me when the price drops
Skip to the end of the images gallery
Skip to the beginning of the images gallery 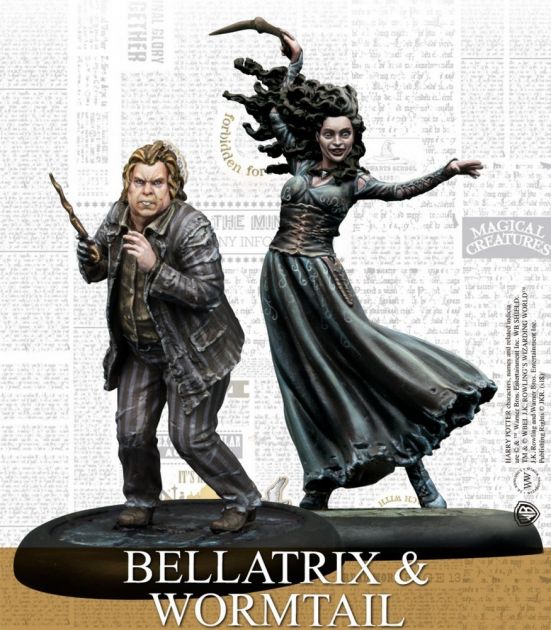 Bellatrix Lestrange, As a tremendously loyal follower of Lord Voldemort, Death Eater Bellatrix Lestrange is responsible for the torture of Neville Longbottom's parents and the death of her own cousin, Sirius Black.

Peter Pettigrew, A school friend of James Potter, Sirius Black and Remus Lupin, Peter "Wormtail" Pettigrew was tempted by the Dark Lord and betrayed his classmates. As an Animagus, Wormtail 'hides' as Scabbers, Ron's rat, until the truth is uncovered. Later, Wormtail rejoins the Death Eaters and continues to serve Voldemort.