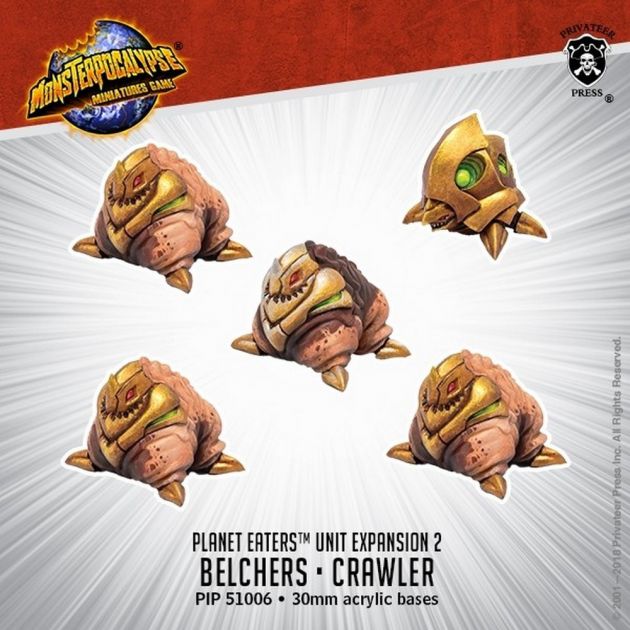 Belchers are rotund agents of destruction sent to intercept any of the fighting forces interfering with the Planet Eaters' rampages. Capable of moving surprisingly quickly on their stubby legs, Belchers can spew out balls of flaming plasma like living artillery.

Crawlers are bug-like monsters whose saliva can melt earth and stone, and they are able to swim through the molten sludge they create. Suicidal and disposable, they retaliate to attack by exploding in a blaze of plasma energy, obliterating everything around them.

This blister pack contains Planet Eater models to expand your Destroyers force. Belchers are the primary ranged attacking units of their faction, capable of ignoring cover enemies hope to hide in. Crawlers are focused on holding objectives, with multiple abilities that make them very hard to dislodge once in place.