Knight Models
Product SKU
KM-HPMAG18SP
The Wizarding World: a place of wonder and magic, where fantasy becomes reality. Here, amidst the towering spires of Hogwarts Castle, in the vaults of the Goblin-run Gringott's... Read More
£35.75
In stock
Notify me when the price drops
Skip to the end of the images gallery
Skip to the beginning of the images gallery 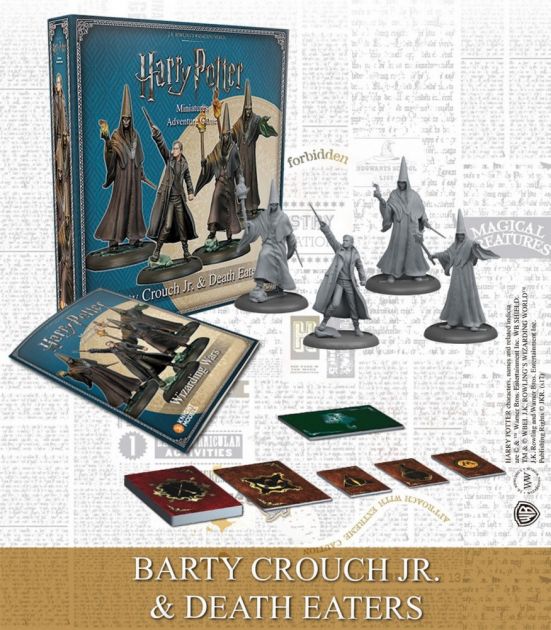 Son of Bartemius Crouch Senior, Barty Crouch Junior was one of Lord Voldemort's Death Eaters from a teen, he is most famously known for the participation of the capture and torture of Frank and Alice Longbottom and infiltrating Hogwarts pretending to be Alastor "Mad-Eye" Moody using Polyjuice Potion.

The Death Eaters are the evil followers of the powerful Lord Voldemort, a group of radical pure blood supremacists who practise the dark arts and have no fear of the wizarding law. Many of them have high powered jobs in the wizarding world but due to there snake-like masks and long black cloaks they are able to stay anonymous, and their facelessness make their presence even more fearsome.