Modiphius Entertainment
Product SKU
MUH050481
Prepare to top up your troops, call in reinforcements and commit your reserves for your favourite Airfix Battles forces, with this brand new set of 24 bonus Force Cards for the... Read More
£5.00
In stock
Notify me when the price drops
Skip to the end of the images gallery
Skip to the beginning of the images gallery 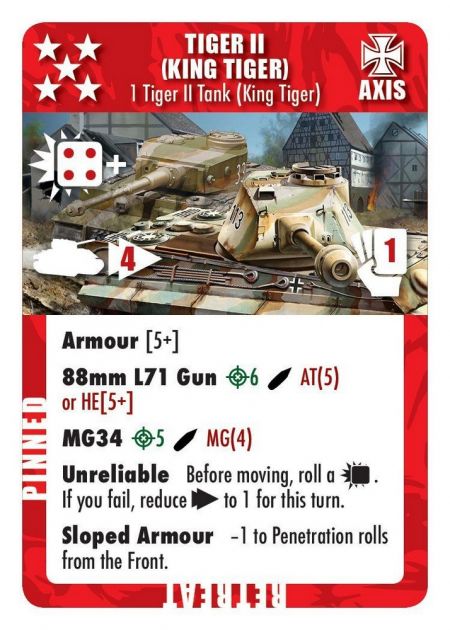 Prepare to top up your troops, call in reinforcements and commit your reserves for your favourite Airfix Battles forces, with this brand new set of 24 bonus Force Cards for the Airfix Battles wargame and PDF of 10 missions set around Operation Cobra!

With a huge variety of British, American and German troops, the Bonus Force Deck features specialists like the Allied Bazooka team, the 6-pounder anti-tank gun, a ten man squad of Tommies with anti-tank Piats, as well as experienced leaders like the Commando Sergeant, Allied Captain and unit of Veterans

You'll also find a huge variety of specialist Allied vehicles such as the Sherman Calliope tank with its rocket launchers, the M8 Greyhound armoured car, or the Churchill Crocodile battle tank, plus a host of classic world war two vehicles.

For the Axis forces you'll be able to deploy an array of fearsome vehicles and armour like Michael Wittman's Tiger, featuring the ace German tank commander, the Panther battle tank, the SDKFZ 222 armoured car and the deadly Tiger II King Tiger!